Master Tani, Soke of Tani-ha Shito-ryu Karate-do Kempo Shukokai, asked Doshisha University Karate Club students whether any of them would like to assist in the development of Tani-ha Shito-ryu abroad and go to America to assist Sensei Kimura or to Europe to assist Sensei Suzuki. It was intended to be for one or two years after graduation, before settling down to be ’company men’ back in Japan. Out of the three who said yes, two finally made the journey from Tokyo to Paris in March 1972. These were Naoki Omi and Keiji Tomiyama, now Joint Chief Instructors of Tani-ha Shito-ryu Karate-do Kofukan International. Not quite ’company men’ in the recognized sense, they are nevertheless dedicated to one organization, and that is the karate association which has now spread around the world. 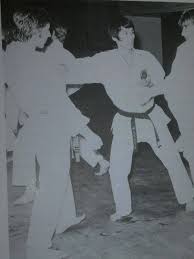 However, the Chief Instructor for Europe at the time was Sensei Yasuhiro Suzuki. He was assisted by Senseis Hanai, Ikazaki and Shimabukuro, who each had their own specialities. Life with the two ’new boys’ settled down to a routine of lessons in French, informal training among themselves and visiting the different karate clubs in the evening. In the summer their number increased again, when Miss Ishimaru and Mr. Hayashi arrived . In that same year a Shukokai Championship was held in Stockholm. Sensei Suzuki was of course in charge of Tani-ha Shito-ryu Shukokai in Europe at that time, but without as yet a structured organization. The main countries involved were France, England, Yugoslavia and Sweden, with small groups in Norway and Belgium.

Sensei Suzuki moved to work at his company’s Brussels office, taking Keiji Tomiyama with him to teach in Belgium.

In the spring a large ”Central Dojo” was opened in Brussels and members of S.W.K.U. (England) attended for two week-long seminars. After this, Mr. Hayashi was sent to England to teach where he stayed for about a year.

Euro-Cup in Brussels, the first of a yearly event.

From 1976 till 1978, the Euro-Cup was held each year at Pepinster, a small Belgian town near the German border.

the large ”Central Dojo” had to be closed and a smaller one was found near the Gare du Nord. This Dojo became the headquarters of S.W.K.U.E. (Shukokai World Karate Union Europe) until 1978.

The association continued to develop, alongside some groups who adhered to Master Kimura’s organization, which is why there are two or more Shukokai organizations in some countries.

We started to issue our newsletter ”Forum” twice yearly. ”Forum” continued to be published until 1982.

The Euro-Cup was held in Paris. Keiji Tomiyama was appointed General-Secretary. It was decided to formalize our organization and to collect a membership fee from every member (£1/year) to pay for administration costs and services. Although Belgium did not participate, they expressed their disagreement afterwards. As the matter could not be resolved we asked them to leave our organization. Sensei Shimabukuro left Belgium to engage in business and the ”Central Dojo” was closed, bringing the end of Tani-ha Shito-ryu in Belgium.

The Euro-Cup was held in Peterborough, England. Sensei Suzuki attended the event and conducted a grading examination for Mess. Omi, Okubo, Kamohara and Tomiyama in lieu of demonstrations during the event: all were awarded 5th Dan.

Master Tani visited Europe with his wife and several instructors. On that occasion, Master Tani asked for a World Cup to be organized the following year in Europe. So, we organized a World Cup in Edinburgh in 1981. Master Tani brought Mr. & Mrs. Inagaki with him, who later formed Nippon Kofukan.

Sensei Suzuki finally went back to Japan that year, called by his company, thus Senseis Omi and Tomiyama became the leaders of the organization. Some other Japanese instructors had also by this time left the organization, leaving just three resident in Europe, including Hiroshi Okubo.

At the beginning of the 80s there were many groups calling themselves ”Shukokai”, especially in Britain. The majority of these groups were break-aways from Sensei Kimura’s organization. This situation made the impact of our organization weaker, being one of many ”Shukokai” groups. After many discussions between Sensei Suzuki and Sensei Tomiyama it was decided to call our organization ”Kofukan”, the name of Sensei Suzuki’s Dojo, instead of ”Shukokai World Karate Union Europe”. We became the one and only ”Kofukan” with a strong identity.  Sensei Tomiyama explained the situation to Master Tani and we, naturally, remained as a part of his ”Shukokai” organization.

From this time on there was a rapid expansion of the organization.

In 1990 Bulgaria joined with Dimitar Savov at the head, also Georgia, ex-USSR, under Vladimir Japaridze and Shota Shartava.

Portugal rejoined under the leadership of Joao Dias in 1991 and Denmark also joined.

After a chain of contacts, Kofukan was well established in Zimbabwe, Botswana & South Africa by the end of 1991.

Also in 1991 we were joined by Matthew Beaumont’s group in Australia and in 1992 by Brian Davis in New Zealand.

After an initial contact by Emmanuel Rajasekaran in 1989, the United Arab Emirates & India became members in 1992. Shihan Tomiyama visited India for the first time in 1993.

Karl Skrabl, previously training in Slovenia, moved to work in Switzerland and started a group there.

Good contact was maintained with Mr. & Mrs. Inagaki from 1981 onwards, including many group visits to their home town of Izushi, and in 1994 they received permission from Master Tani and Sensei Takahara to leave Sensei Takahara’s Seikenkan group to become independent as Nippon Kofukan (Kofukan Japan).

Israel decided to join us under their leader Husny  A-arar.

Also, through contact by Kofukan Georgia, we now have groups in Russia, Kazakstan, Ukraine and Greece.

So Kofukan has certainly grown as an organization in the last 30 years. We consider it a remarkable achievement to gain so many new member countries in the last 10 years without ever offering any incentive such as giving away new grades. All our members, both old ones and new ones, are serious and honourable people and we are proud of their continuing progress and achievements. 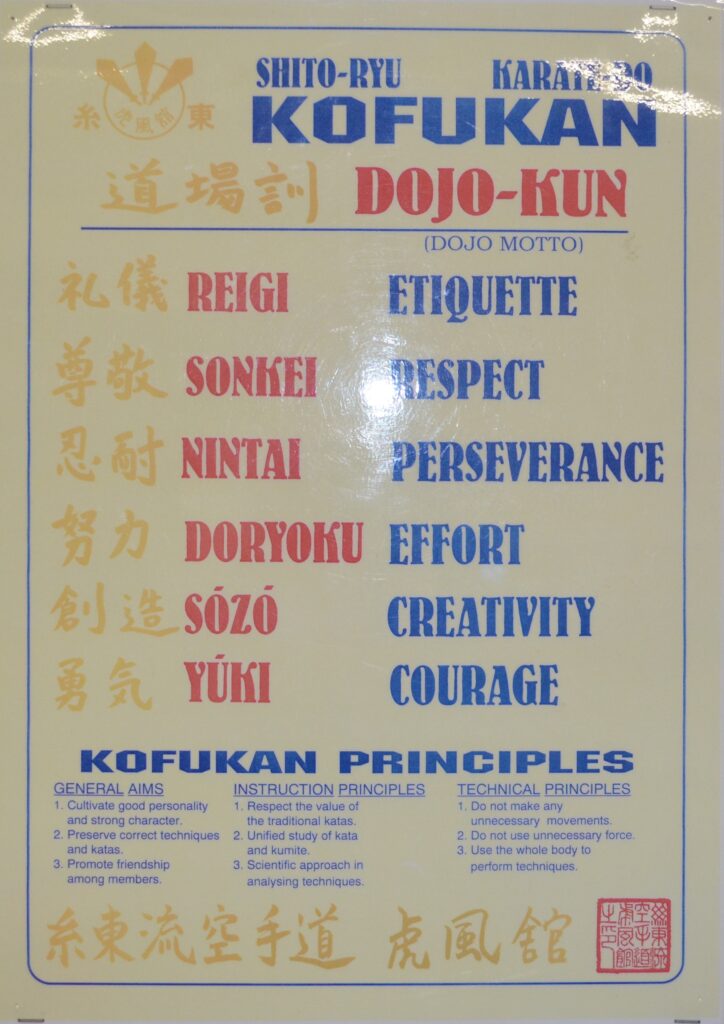 We held our 20th Anniversary Event in Oslo in 1992. We invited Master Tani and he accepted to attend. Unfortunately, Master Tani was hospitalised and could not make it. However, he sent Senseis Yamada, Ishitobi and Sumino as well as Miss Yamada as his representatives to the celebration. Also, he awarded a ”Shihan” diploma to Keiji Tomiyama on this occasion.

Master Tani held the Anniversary Championships and celebration event in Kobe in 1994.

Both Senseis Omi and Tomiyama attended this remarkable event and were both awarded 7th Dan. Sensei Omi received his ”Shihan” diploma on this occasion.

Although Senseis Omi and Tomiyama became the practical leaders of Kofukan organization after Sensei Suzuki’s return to Japan in 1981, the structure of the organization was unchanged. Keiji Tomiyama remained as General Secretary and Sensei Suzuki remained as the Chief Instructor despite the fact that he stopped practicing and teaching due to his busy schedule.

In 1994 it was suggested that we needed to re-structure our organization to reflect the true state of the organization and clarify the positions of responsibility. After working on the question Keiji Tomiyama proposed certain changes of structure at our International Committee meeting in 1995. After some discussion, a new structure was agreed, which is now as follows :

Since that time, Master Chojiro Tani has sadly died, and the position of Soke of Tani-ha Shito-ryu Kempo Karate-do Shukokai has been taken up by his son, Chojiro Tani II. We continued to have a good and productive relationship with his Shukokai organization from that time.

However, from November 6, 2017, Kofukan International has withdrawn from Tani-ha Shito-ryu Kempo Karate-do Shukokai to further develop our own unique organization around the world.